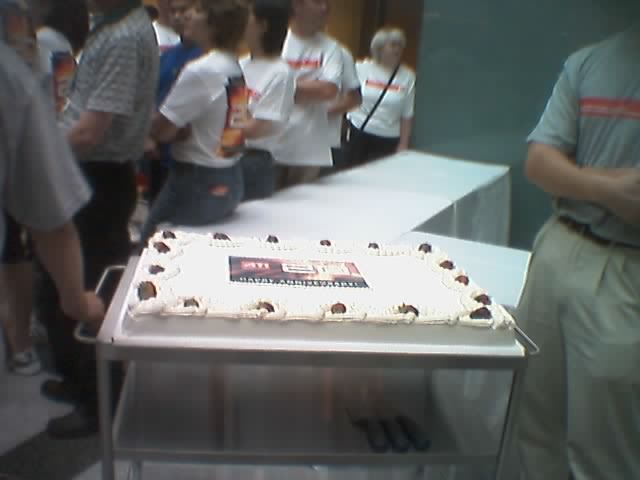 Awesome. Hope you have enough left over cake for all your site viewers!

This would've been a great day to reveal your engine!Dor Dicke
Saturday, August 20, 2005

What did they celebrated? Their 20th anniversary or that they released another really bad linux driver? Even the linux versions of your demos doesnt run properly with ati drivers. This is a damn bad joke.

I dont blame Matthew Tippett or his team, but ati.eXile
Tuesday, August 23, 2005

I like nVidia more than ATi because they have SM 3.0!

And they bought 3dfx!

Has it been 20 years!? Wow!
Happy B-day ATi!
Yeah, a beta of your new engine is due I think! lol.
I thought that the next update on this site would be about your engine. I totally forgot about ATi being 20.Humus
Wednesday, August 24, 2005

Yeah, it's taken more time than I was planning for. Not because the project itself has stumbled into any issues as such, just that I haven't had much time lately. I'm not going to make any promises on a release date, I'd probably fail to meet it, but I'll try to put something out there in the not too distant future.More pages: 1 2