"You don't need drugs to change reality, all you need is to redefine the inner product."
New gallery
Sunday, September 23, 2007 | Permalink 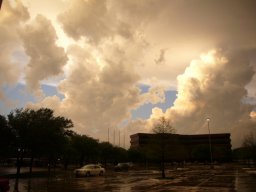 I've just uploaded a new gallery, or actually, it's not very new, I'm just trying to catch up a bit. This gallery is actually from this spring, so it's about half a year old by now. I'll try to post the pictures from the last six months soon.Nadja
Monday, September 24, 2007