"There's a fine line between being on the leading edge and being in the lunatic fringe."
- Frank Armstrong
More pages: 1 2 Another demo
Tuesday, October 21, 2008 | Permalink 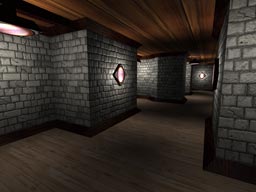 Updating my drivers to the latest version got rid of all the artefacts.

I reviewed my old code now. I wrote to a multisampled Position buffer for deferred shading. If the position values in the seperate samples of a pixel differed, I marked it in the stencil buffer.

Forget about that depth-stencil thing, I wrote earlier

I really like your demos. Have you grabbed the D3D11 technical preview yet? It's mighty fun to play with.

Haven't started coding though, but I've looked through the documentation.Felipe
Sunday, April 17, 2011

Congratz for the accomplish! realy nice work you got there.

my question is,will it be supported by hardware unnofficialy?
i realy wish i could force it on D3D games and OpenGl.

Hi Humus,
I am actually looking for the best solution to add support for MSAA (I need sub-pixel information/rasterization, so any screen space approach is out of question) in my deferred shading engine.
This approach looks quite good, I am going to add it to the engine. Still, the engine is still D3D10 (.0), and many customers still have GTX 2x0 class HW (so I can't use 10.1).
Do I see it correctly: the only D3D10.1 feature you use is binding the MS depth buffer as shader resource, am I right ? Which would mean, I could simply use my own rasterized linear depth buffer instead..
Thanks!More pages: 1 2