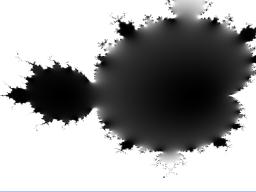 Recommended:
GL_ARB_fragment_program
This is a small benchmarking utility to show the benefits of HyperZ and similar techniques. It's basically a replacement for the HSR test in my old "GL_EXT_reme" benchmark, and the simple test is pretty much the same. I got a report though that GL_EXT_reme didn't work on some newer nVidia drivers, and I can't debug it without one of their cards, so I thought it might be a good time to write a new one. The HSR test was basically the only test that I still find interesting though, and the simple texturing isn't the most interesting thing these days, so I added a complex shader mode too that runs a fairly long shader. This is where the benefits of early Z culling techniques really shows through, so I thought it would be interesting to show that too.

I also added a number of configuration options, so you can select what draw mode to run and the amount of overdraw. Results are appended to the result.log file in the app's directory.

And of course, the disclaimer: I am an employee of ATI and I'm not trying to hide that fact. Keep that in mind and take this benchmark for what it's worth. I believe it to be a good and valid synthetic benchmark though, and haven't even tested it on any other cards than my own, so I don't even know which IHV will come out ahead in it. It's actually more interesting for comparing a card against itself through the different test to see efficiency of early Z culling hardware, rather than comparing IHVs against each other. Like most of my other work, it's open source, so you can judge it that way too.

This is also the first application I release that's based on a new framework I've been working on for a while. So you can see there's a new "Framework 3" link.