"Capitalism is an art form, an Apollonian fabrication to rival nature. It is hypocritical for feminists and intellectuals to enjoy the pleasures and conveniences of capitalism while sneering at it. Everyone born into capitalism has incurred a debt to it. Give Caesar his due."
- Camille Paglia
New textures
Saturday, April 28, 2007 | Permalink 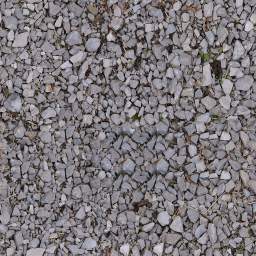 Nice textures! Are they all tileable?Humus
Sunday, April 29, 2007

These are well done, as always from you. What kind of license are they released under? Can they be used in commercial apps/games?

The license is the same as for the cubemaps. I've updated the textures to include a readme file.eXile
Saturday, June 2, 2007

Not quite. I'm doing some business travel right now which will be followed by a couple of weeks of vacation, so I don't expect to have anything new here the next few weeks.1
Wednesday, June 6, 2007

I vote for a return to the olden days of Humus releasing a new demo every week it seemed.

Are there just no new interesting concepts to demonstrate anymore?