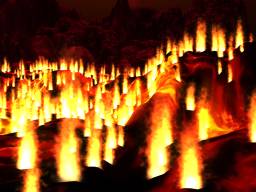 A video of the demo in action would be great for those of us without DX 10 hardware (or Vista). Or even more screenies... looks great... keep it up.Humus
Tuesday, August 7, 2007

I'll support OpenGL 3.0 once there's drivers available for it.
As for a video, I'm not sure if I'm prepared to put the bandwidth into that. It's not like I'm overflowing my quota right now, I'm using about 25% of my available bandwidth, but adding videos (which are likely going to be much larger than the actual demo) would give me a much smaller margin or might even throw me over the limit.mystik
Tuesday, August 7, 2007

why not pop a video into youtube? no bandwidth wasted for you (other than the initial upload), and unlimited views!fellix
Wednesday, August 8, 2007

You Tube streaming format is limited to 320*240 H.263/264 quite lossy compression, hence I don't think it's worth all the capturing, post-processing and uploading of all the material such as those demos, which are intended to be viewed as real-time rendering in interactive manner for a proper perception and evaluation.

Of course, everybody here is free to do the job on their own behalf, if someone thinks it will do a useful thing.Rys
Wednesday, August 8, 2007

We'd host any videos at Beyond3D for you, Humus, no worries there

hey i get an error that says i need dxig.dll to run inferno... any help?corey
Wednesday, August 8, 2007

woops my email is coreypfleming at gmail dot comMore pages: 1 2 3