"You have a choice between the natural stability of gold and the honesty and intelligence of the members of government. And with all due respect for those gentlemen, I advise you, as long as the capitalist system lasts, vote for gold."
- George Bernard Shaw
Update
Tuesday, April 8, 2003 | Permalink 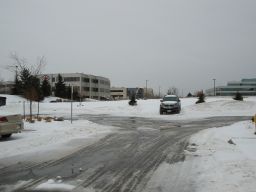 , but that didn't matter, I planned to go there sooner or later anyway. It was cool though, and well worth the money. Especially the Omnimax theatre. The thing is pretty huge though, you would need a couple of days to see it all. I tried not to spend too much time on every place, but as I had to leave when they closed there were still a lot of stuff I had not yet been to.Nash
Friday, April 18, 2003

Nice!
Except for a spelling error: "Belive", and visible cubemap border (GL_CLAMP instead of GL_CLAMP_TO_EDGE?)Nash
Monday, April 28, 2003

wow u find the error.
can u speak english fluidly?
I use GL_Clamp at my demo.
sorry for my english...I come from Germany