"I'm completely in favor of the separation of Church and State. My idea is that these two institutions screw us up enough on their own, so both of them together is certain death."
- George Carlin
More pages: 1 2 3 4 5 Soft shadows demo
Tuesday, July 13, 2004 | Permalink 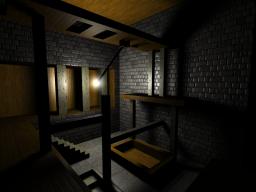 Another demo sees the light of the day.

And I just got me PC fixed up to run it on, thanks Humus!!!!

Any chance we can get a Makefile for Linux?strepto
Tuesday, July 13, 2004

PK, yes, I just need to install Linux some day and catch up on that side of things.BetrayerX
Tuesday, July 13, 2004

Where is your dedicated altar, so I can go there and offer a lamb in sacrifice? :wink:

Seriously, awesome job! Don't let fanboys ruin your day. For me it wont matter from who you work, anyway at the end users benefit one way of another. Keep up the good work!!Para
Tuesday, July 13, 2004

I've been wondering that what if you'd combine many of your small demos to one big demo ("megademo" as a joke if you're into demoscene at all). For example soft shadows, volumetric lighting, dynamic branching, 3Dc, self shadowing bump mapping and water could create a really cool combination.

Or, you could create a way to fake at least one-bounce lighting