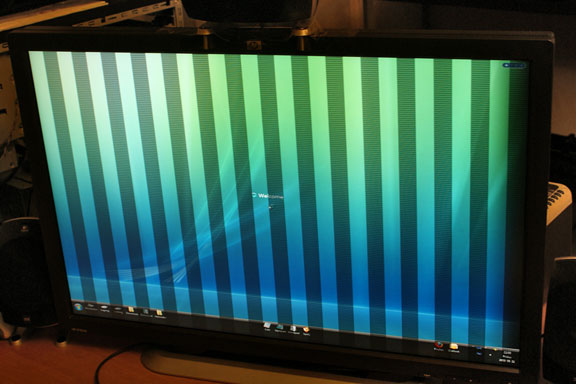 The Just Cause 2 website just got online. Check it out!

Sad to see, but Swedish game developer GRIN has gone bankrupt and closed its doors. On a positive note, their thank you letter ends with a "brb".

Having been on vacation I'm a bit late to the party, but OpenGL 3.2 has been released and the specs are available here.

I like the progress OpenGL has made lately and it looks like the API is fully recovering from the years where it was falling behind. If Khronos can keep up this pace OpenGL will remain a relevant API. I hope the people behind GLEW and GLEE get up to speed though because neither have implemented OpenGL 3.1 yet. In the past I rolled my own extension loading code, but was hoping to not have to do that and use libraries like the above. Looks like I might have to do my own in the future as well just to be able to use the latest and greatest.

The key to getting good performance is properly measuring it. This is something that every game developer should know. Far from every academic figure understands this though. When a paper is published on a particular rendering techniques it's important to me as a game developer to get a good picture of what the cost of using this technique is. It bothers me that the performance part of the majority of techical papers are poorly done. Take for instance this paper on SSDO. This paper isn't necessarily worse than the rest, but just an example of common bad practice.

First of all, FPS is useless. Gamers like them, they often show up in benchmarks and so on, but game developers generally talk in milliseconds. Why? Because frames per second by definition includes everything in the frame, even things that are not core components of the rendering technique. For SSDO, which is a post-process technique, any time the GPU needs for buffer clears and main scene rendering etc is irrelevant. But it's part of the fps number, and you don't know how much of the fps number it is. Therefore a claimed overhead of 2.4% of SSDO vs. SSAO, for instance, is meaningless. The SSDO part may actually be twice as costly as SSAO, but large overhead in other parts of the scene rendering could hide this fact. For instance if the GPU needs 12 milliseconds to complete main scene rendering, and 0.5ms to complete SSAO, that'll give you 12.5ms in total for a framerate of 80 fps. If SSDO increases the cost to 1ms, which would then be twice that of SSAO, the total frame runs in 13ms for a framerate of 77 fps. 4% higher cost doesn't seem bad, but it's 0.5ms vs. 1ms that's relevant to me, which would be twice as expensive and thus paint a totally different picture of the cost/quality of it versus SSAO. Not that these numbers are likely to be true for SSDO though. This paper was kind enough to mention a "pure rendering" number (124fps at 1600x1200), which is rare to see, so at least in this can we can reverse engineer some actual useful numbers from the useless fps table, although only for the 1600x1200 resolution.

So the cost of SSAO is 40.3ms - 8.1ms = 33.2ms, and for SSDO it's 41.3ms - 8.1ms = 34.2ms
Therefore, SSDO is actually 3% more costly than SSAO, rather than 2.4%. Still pretty decent, if you don't consider that their SSAO implementation obviously is much slower than any SSAO implementation ever used in any game. 33.2ms means it doesn't matter how fast the rest of the scene is, you'll still never go above 30fps. Clearly not useful in games.

Percentage numbers btw are also useless generally speaking. When viewed in isolation to compare two techniques and you compare the actual time cost of that technique only, it can be a valid comparison. Like how many percent costlier SSDO is vs. SSAO (when eliminating the rest of the rendering cost from the equation). But when comparing optimizations or the cost of adding new features it's misleading. Assume you have a game running at 50fps, which is a frame time of 20ms. You find an optimization that eliminates 4ms. You're now running at 16ms (62.5fps). The framerate increased 25%, and the frame time went down 20%. Already there it's a bit unclear what number to quote. Gamers would probably quote 25% and game developers -20% (unless the game developers wants to brag, which is not entirely an unlikely scenario

The only really useful number is time taken. Framerate can be mentioned as a convenience, but any performance chapter in technical papers should write their results in milliseconds (or microseconds if you so prefer). There are really no excuses for using fps. These days there are excellent tools for measuring performance, so if the researcher would just run his little app through PIX he could separate the relevant cost from everything else and provide the reader with accurate numbers.

Well, Avalanche Engine is one of them.

I'm a big fan of the Penn & Teller Bullshit! show. They usually do a great job at exposing all kinds of bullshit for what it really is. The latest episode takes a jab at everything that video games are blamed for, despite lack of scientic evidence backing up such claims. Well worth watching.

In the last release I messed up atlases again, so now that's fixed.

I also added an option to optimize vertex ordering in the spirit of these findings. You provide your index buffer and it outputs the vertices in the order that minimizes the internal edges. This option will probably only have a measurable effect on small particles though. But it's a trivial thing to compute, so it doesn't hurt to do it.

Finally I've changed the input options to a more standard and practical format as the number of options have increased, so now you don't need to provide all parameters just because you wanted to change the last one, but instead you can for instance do this to only change maximum hull size:
> ParticleTrimmer imagefile 4 8 -h 40

With these changes I guess the tool is pretty much "final", unless I come up with a solution to the performance problem other than by reducing the number of edges in the original convex hull to a managable number.