This is an interesting piece of news. According to the official Google blog they are working on a new OS called "Google Chrome OS". This is excellent news. We seriously lack competition in the OS market where Windows dominates. I have always wanted Apple to release Mac OS X for PC. I'm pretty sure it would be quite successful and be able to give Microsoft a run for the money. But so far they haven't been willing to do so, because they still want to sell their hardware at premium prices. I know it's possible to run Mac OS X on a PC if you're willing to hack around and have the right hardware, but the people doing that are of course a very tiny fraction of the market.

It'll be interesting to see what Google's OS will be like. From the description so far it sounds mostly like a Linux kernel and a browser, which to me doesn't sound like an actual OS, but more like a customized Linux distribution slimmed down for netbooks. But we'll see what it really is when it's released. I for one hope that we'll see a real competitor on this market.

I have made another update to the particle trimmer. Previous revisions produced somewhat inaccurate results since it didn't take texture filtering into account. For most textures it doesn't matter much, but for low-res textures it can be a big deal. In this revision I've added a subpixel precision mode to deal with this problem (default is a 16x16 split of the area between four texels). As a result a lot more points are added to the convex hull and it now pretty much always has to apply the reduction to 50 vertices. If anyone has an idea of how to do the convex hull reduction other than by brute force I'd like to know. I haven't been able to google up any algorithms for that.

I have also made it handle edge and corner cases correctly.

I saw this awesome gallery of photographers doing their thing. Fun stuff. 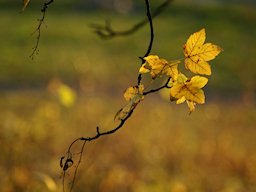 Two week without any updates, what happened?

Well, first there was vacation. Spent some time with friends and family, and in particular congratulated my niece Nadja on her graduation (that's the Nadja you see occasionally posting messages in Swedish in the comments). We went far out in the wilderness, to a camp site in Svanisträsk outside Boden in northern Sweden, with no electricy or anything. Water barrel bathing + sauna + cold lake + friends + bright around the clock makes for a perfect combination. Plus a lot of singing and playing acoustic instruments. In preparation for the event several of us also learned to play the ukulele for a short performance for Nadja. It's a surprisingly simple instrument to play. If you already know guitar it's very easy to pick up. It took me about a week to learn all the chords with relative ease. They are also dirt cheap.

That was last week, this week on the other hand has mostly been wasted on being sick. I'm feeling better now though.

Some reading about it:
PC Perspective
VR-Zone
Fudzilla

It's nice to see some real DX11 hardware. So I guess this settles a release date this fall. No hints on performance yet though. The question is if the chip that was demonstrated is the high-end offering or mid-range. The chip appears to be quite small, supposedly only 180mm2.

Trailers and screenshots are nice, but what about gameplay?
Well, there's a ten minute gameplay video over here.
Also, check this out. And this.

It's an odd feeling seeing something you've been working on for a quite a while finally making a public appearance. I'm glad to see it's been well received. It's not easy to judge your own work. It's a bit funny that whereas people leaving comments on the trailer might say "awesome" on the overall experience, my eyes easily get caught on visual flaws and unpolished details. But then I'm looking at these things on a daily basis. What's glaringly obvious to me is apparently not so obvious to the average viewer. As an exercise to the viewer, spot the bug between say 0:25 and 0:45.

On a related note, there's another Avalanche game out there called theHunter. I haven't blogged about it before, but it's actually been out there for a while, having had a soft release over the last few months. So while waiting for JC2 to arrive, give it a shot. It's actually for free.

Here are a few of my own screenshots: